7th CENTRAL PAY COMMISSION
ANNOUNCED BY THE GOVERNMENT
Central Government today announced the constitution of the 7th CPC. Confederation of Central Government Employees and workers alongwith NFPE has been demanding appointment of 7th CPC right from 2011 onwards. We have conducted continuous agitational programmes including Parliament March and also one day nationwide strike on 12th December 2012. After 12th December Strike we have decided to go for indefinite strike and strike ballot is also announced. We congratulate the entire Central Government employees who rallied behind Confederation. Confederation is the only organization which has conducted serious agitation demanding constitution of 7th CPC.
Government has not yet announced the Chairman, Committee members etc of the 7th CPC and also terms of reference. Further our demand for merger of DA, giving effect from 01.01.2011, inclusion of three lakhs Gramin Dak Sevaks under the purview of 7th CPC, granting DA merger to GDS and settlement of other demands in the 15 points Charter of Demands are also pending. Before announcing the terms of reference of 7th CPC. If Government is not ready to accept our above demands, Confederation National Executive will meet shortly and shall decide for further course of action.
ANNOUNCEMENT OF 7TH CPC IS ONE STEP FORWARD AND IT IS THE VICTORY OF THE WORKERS WHO FOUGHT FOR IT.
Posted by NFPE BARASAT at 23:34 No comments:

The Bonus Ceiling for the GDS employees has been increased upto Rs. 3500/- by UNION CABINET from this year.

Departmental order will be issued shortly. Posted by NFPE BARASAT at 22:00 No comments:

Payment of closure/pre-mature closures of accounts for amount Rs. 20,000/- and above encashment of pre-mature/matured cash certificates of amount Rs. 20,000/- and above must be paid through Account Payee cheques. Option of payment of matured/pre-matured proceeds through transfer to savings bank account may be entertained simultaneously provided ‘KYC’ norms must be updated in respect of such SB account prior to making transfer of pre-matured/matured proceeds of MIS/RD/TD accounts etc. and option for transfer to SB account must be authenticated by depositor under his dated signature on SB – 7A form as per departmental instructions communicated vide Directorate’s letter No. 113-11/2003-SB dated 28.09.2006 ; letter No. 113-11/2003-SB dated 19.02.2008 and letter No. 113-11/2003-SB dated 06.09.2012.
Posted by NFPE BARASAT at 07:05 No comments: 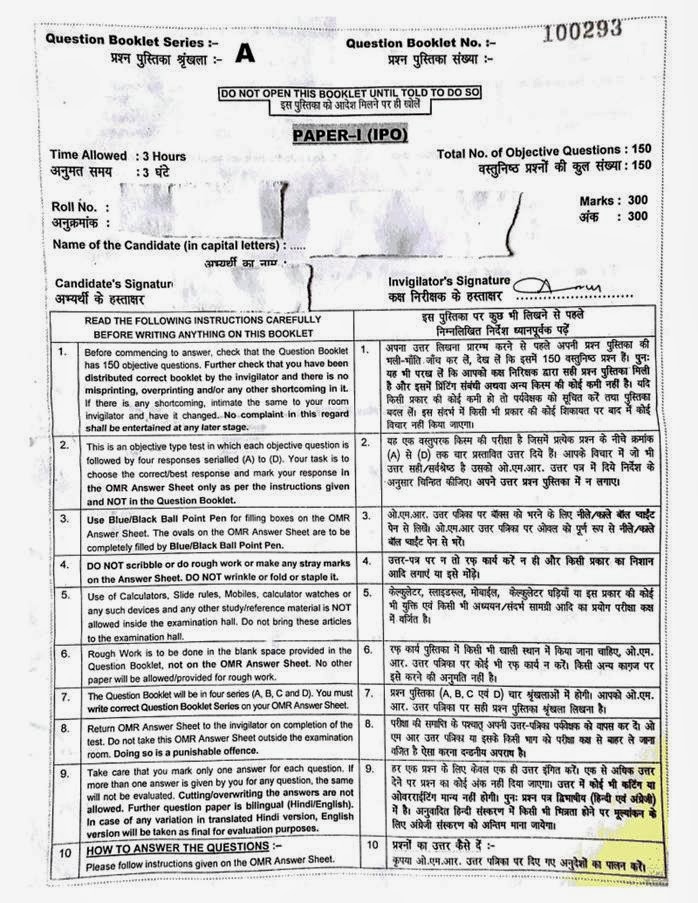 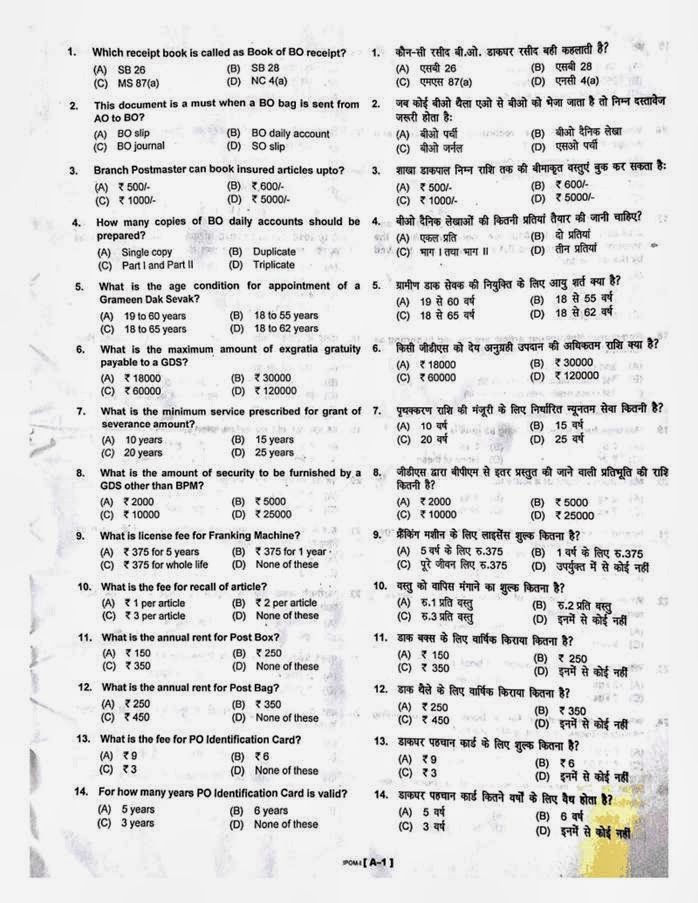 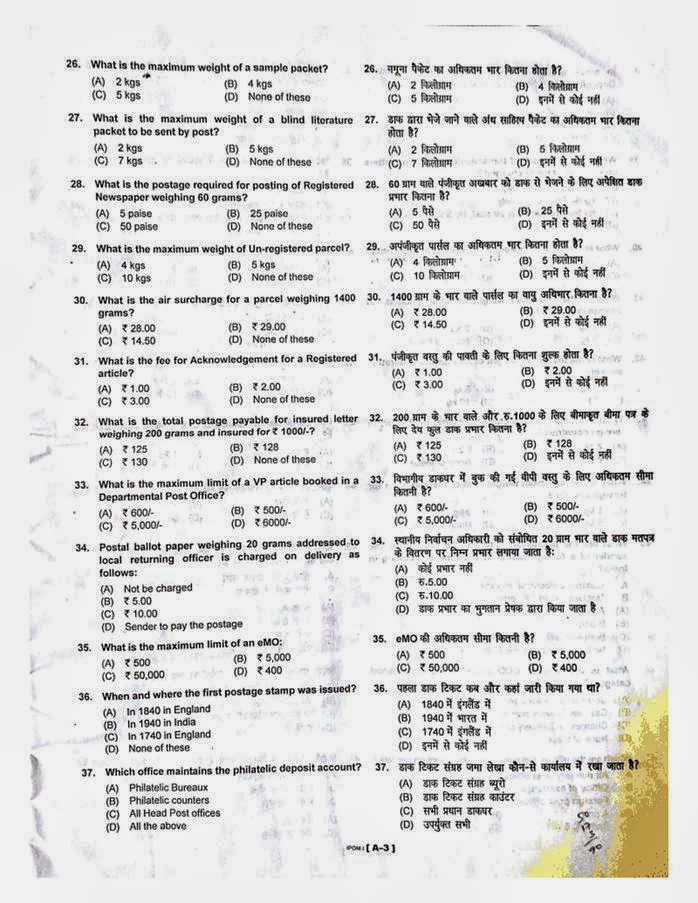 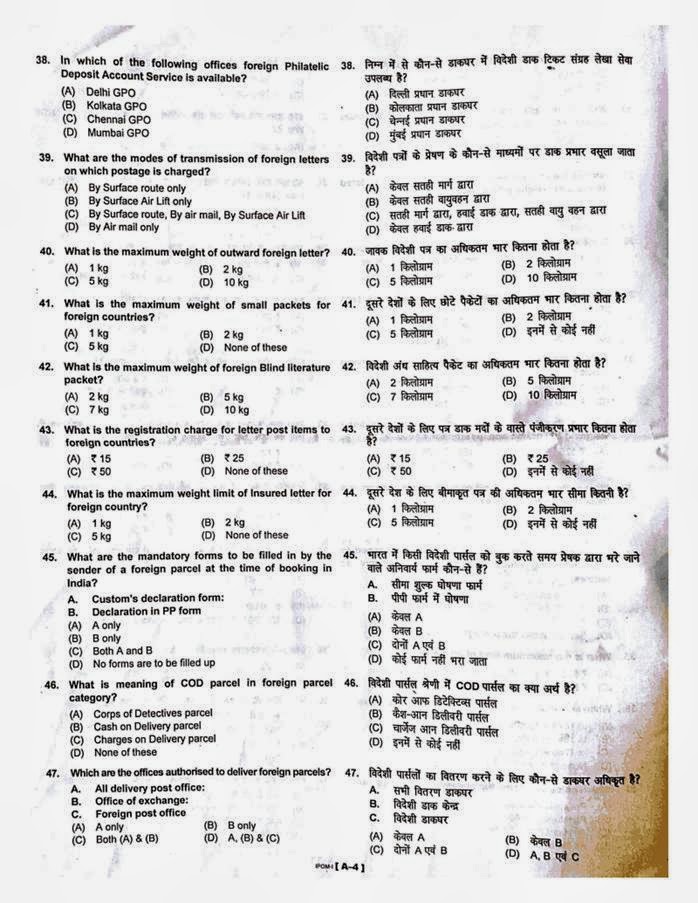 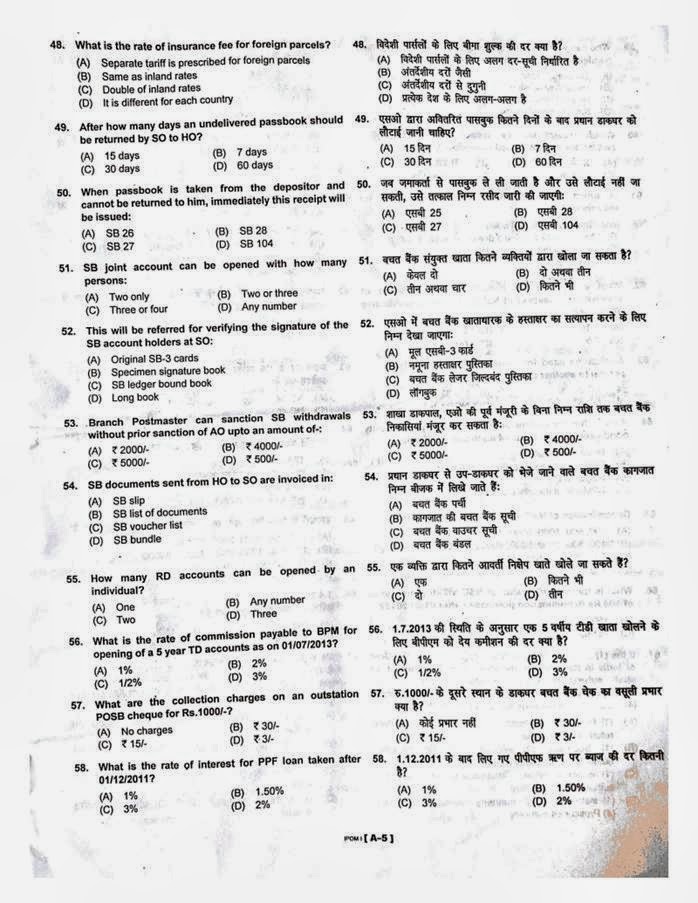 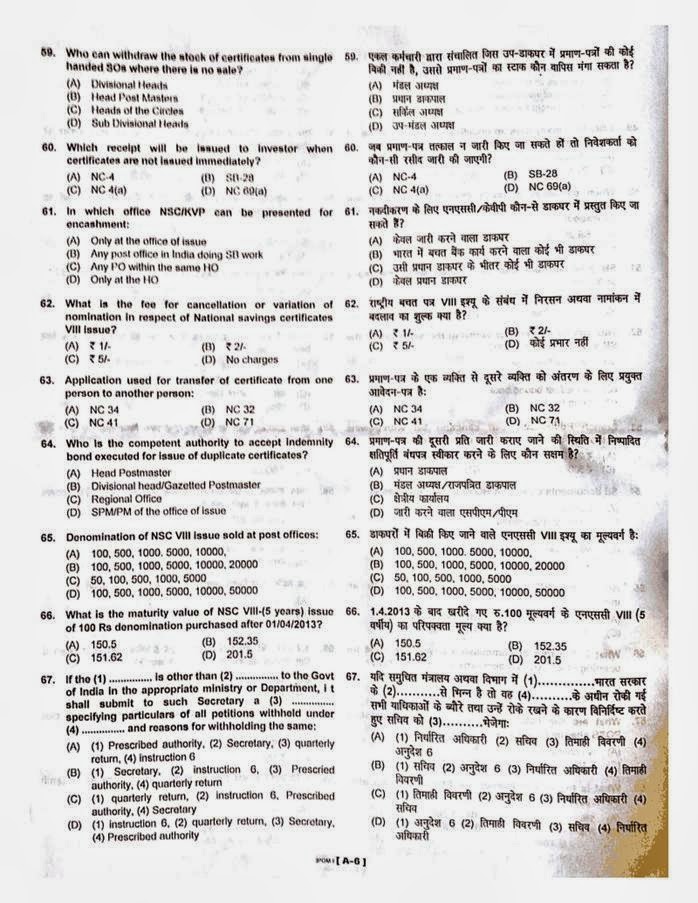 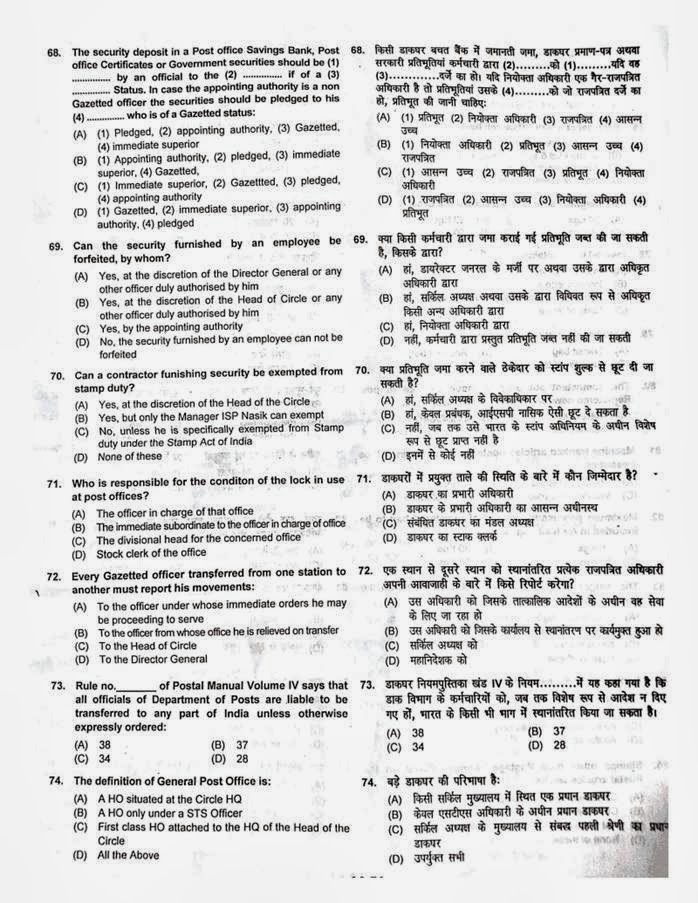 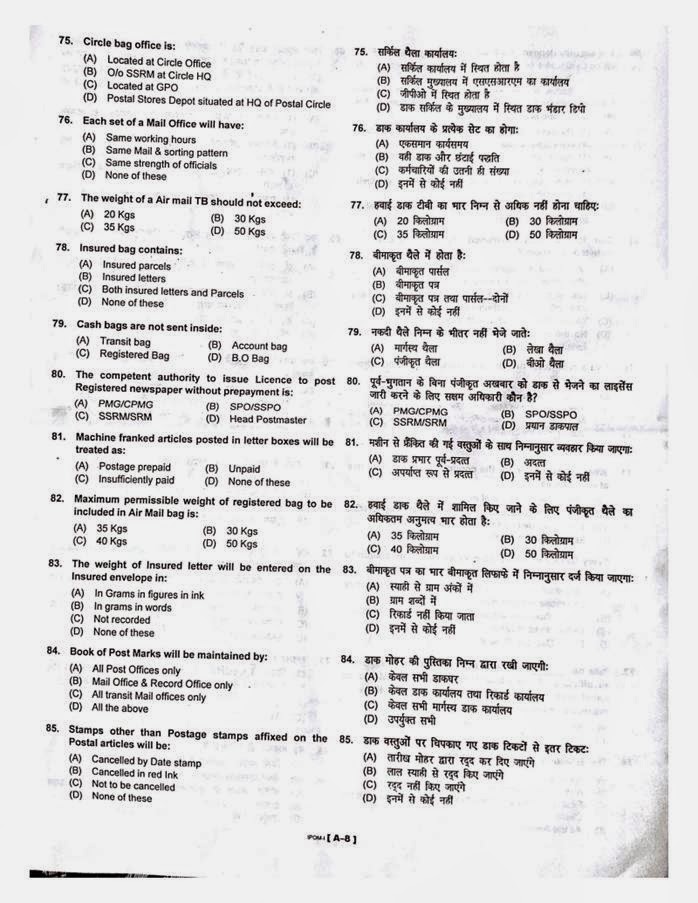 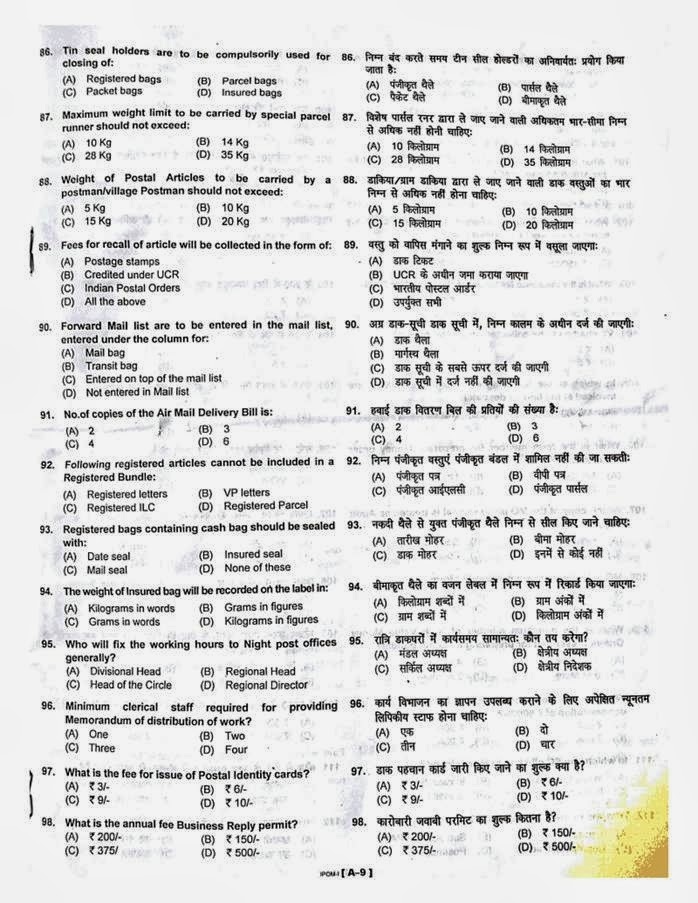 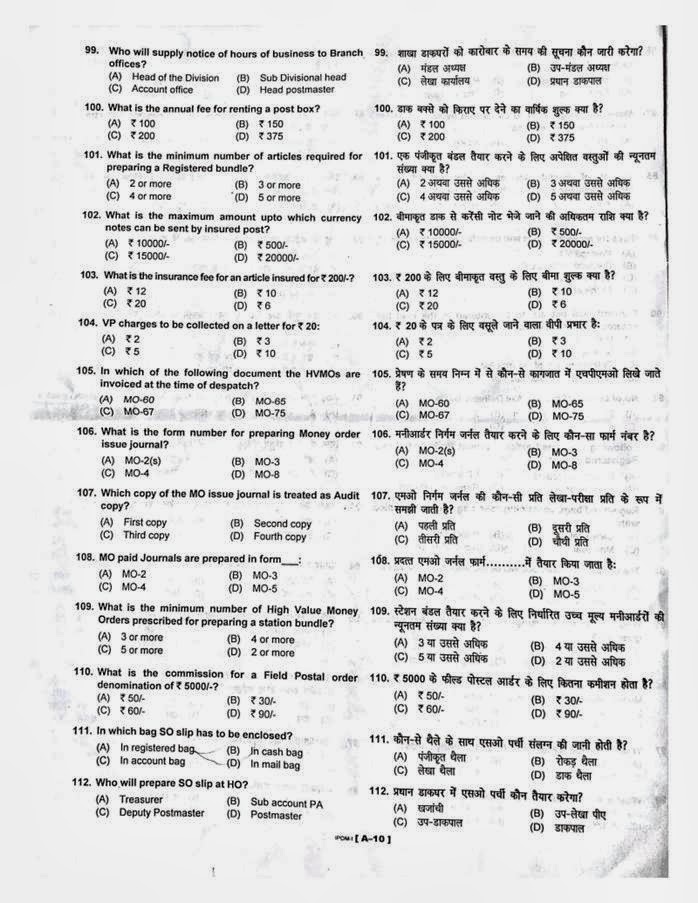 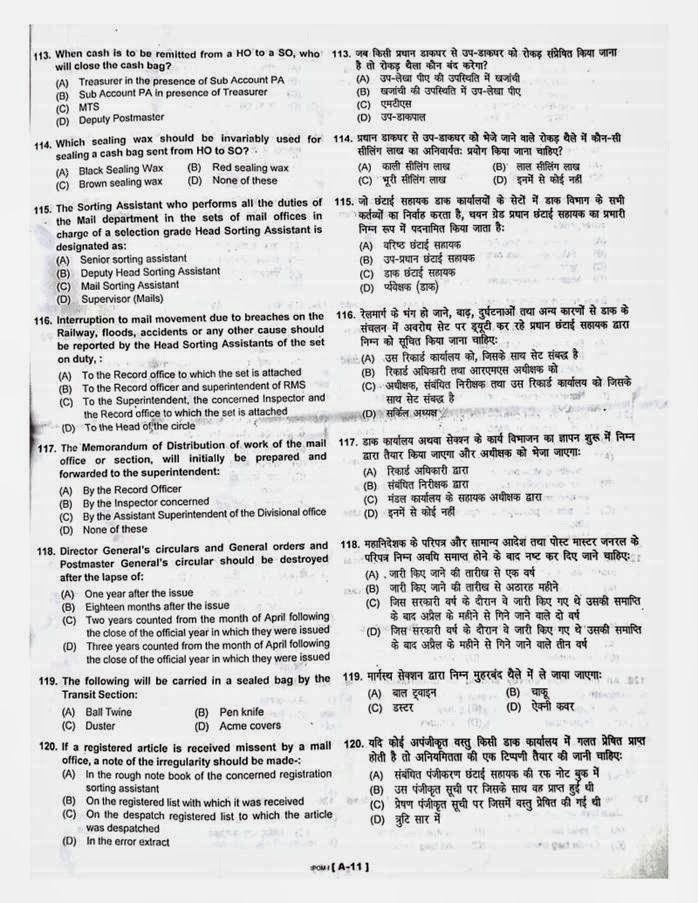 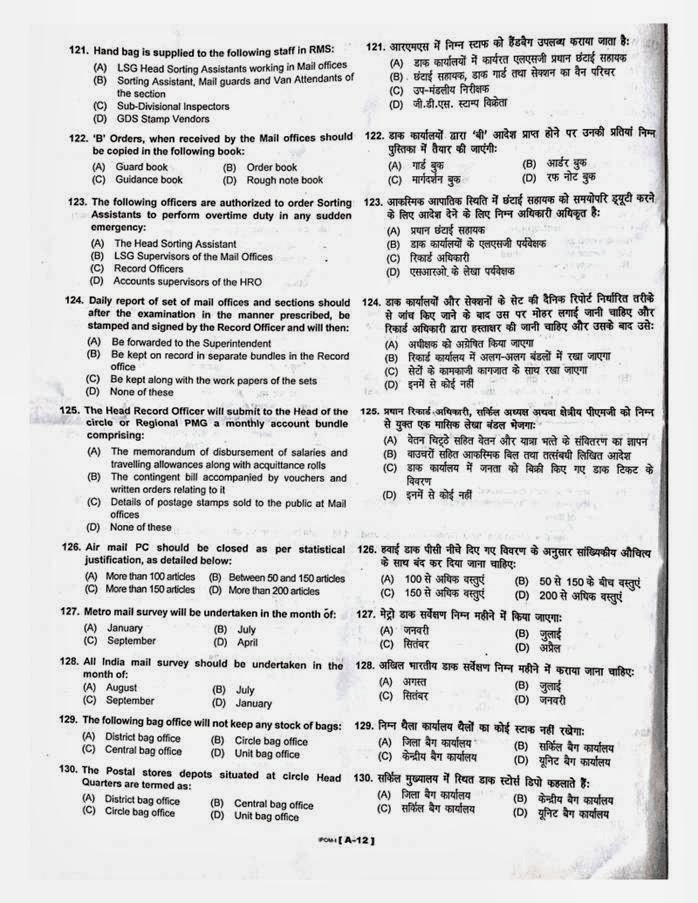 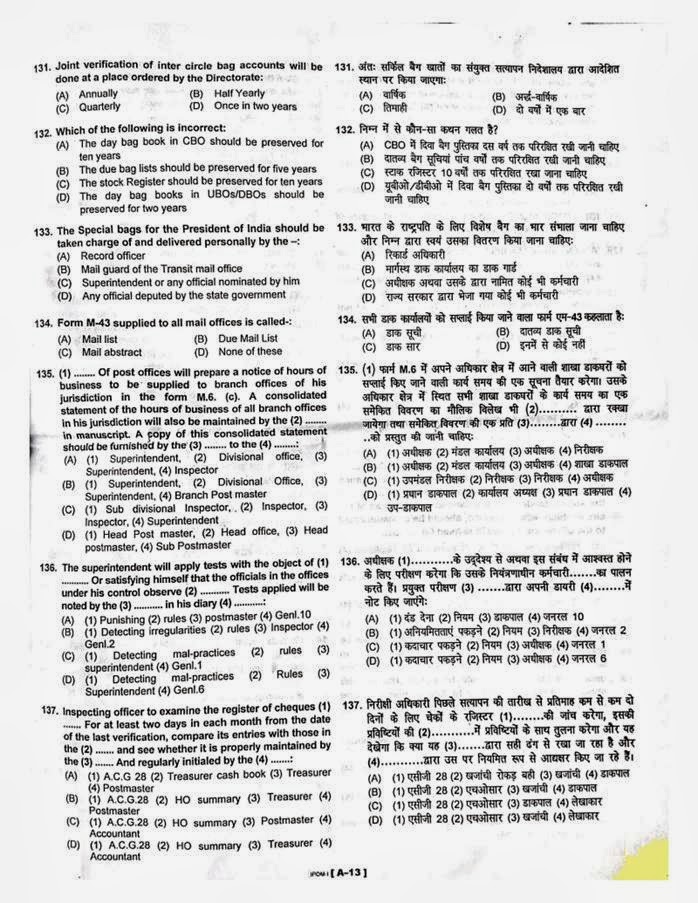 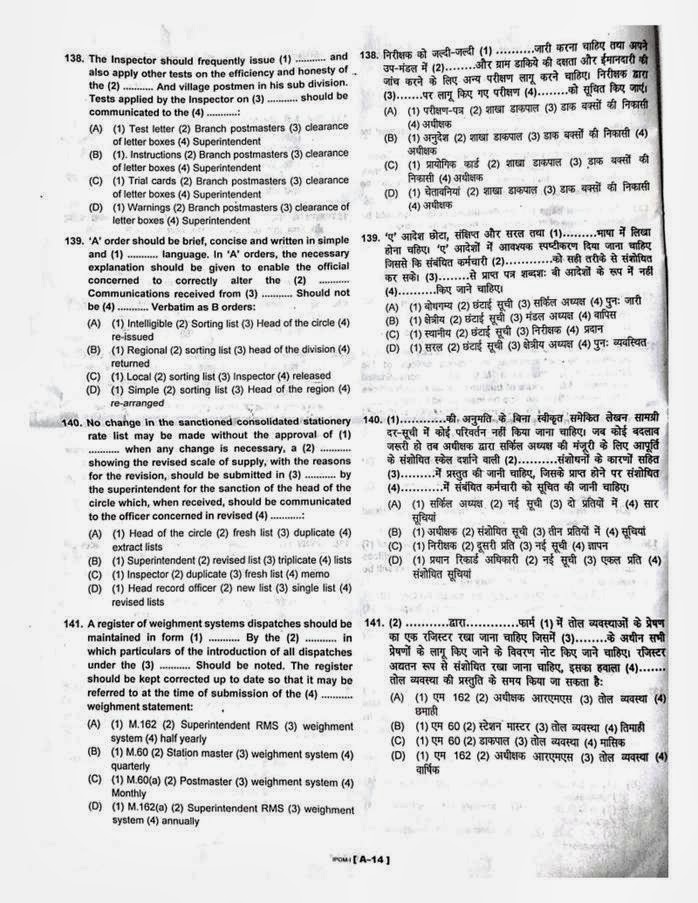 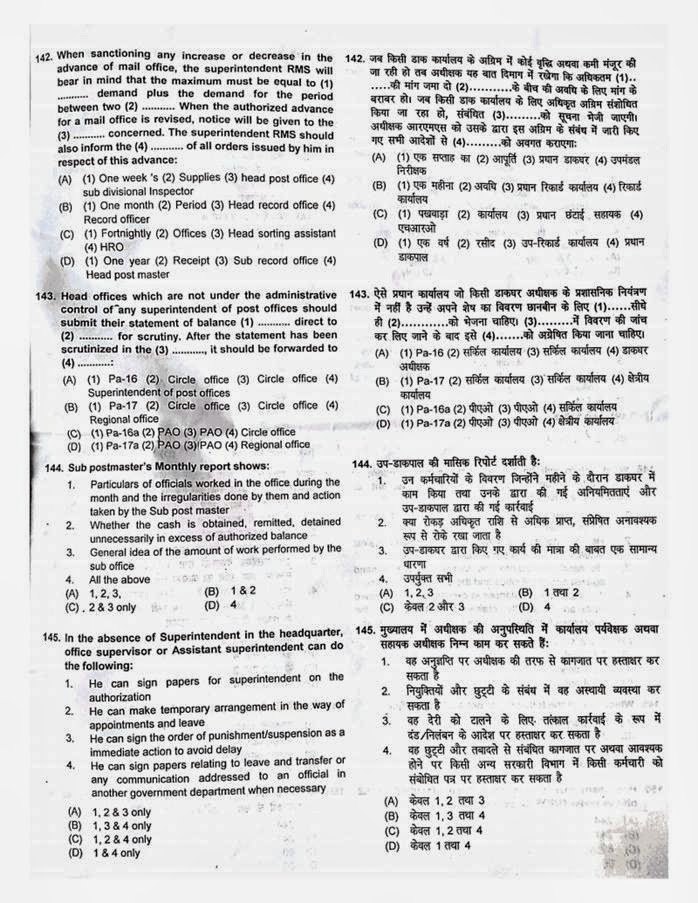 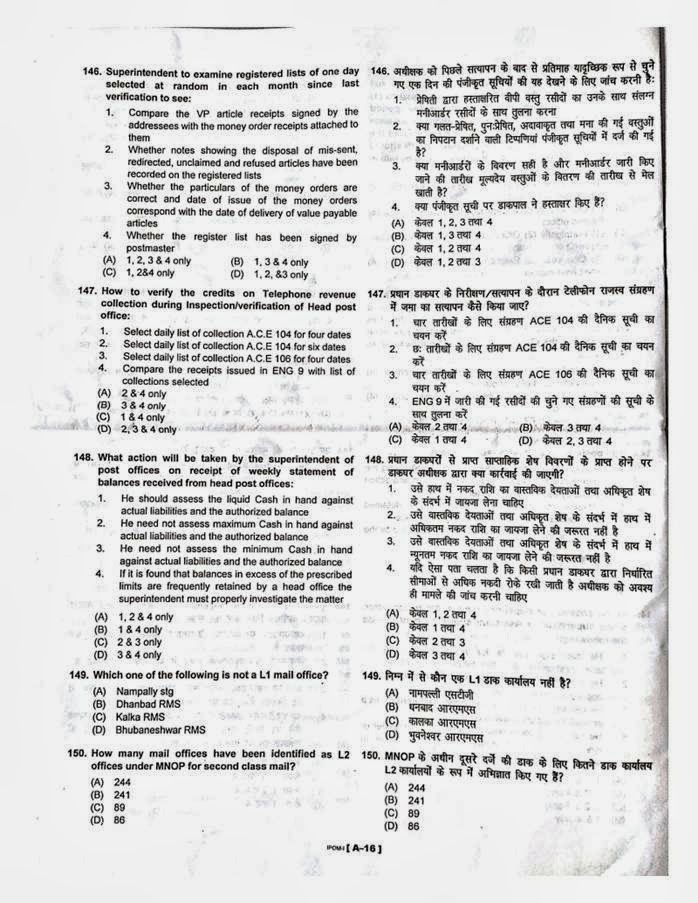 Posted by NFPE BARASAT at 11:44 No comments:

Release of additional installment of dearness allowance to Central Government employees and dearness relief to Pensioners, due from 1.7.2013

The Union Cabinet today approved the proposal to release an additional installment of Dearness Allowance (DA) to Central Government employees and Dearness Relief (DR) to pensioners with effect from 01.07.2013, in cash, at the rate of 10 per cent increase over the existing rate of 80 per cent.

Hence, the Central Government employees as well as the pensioners are entitled for DA/DR at the rate of 90 per cent of the basic with effect from 01.07.2013. The increase is in accordance with the accepted formula based on the recommendations of the 6th Central Pay Commission. The combined impact on the exchequer on account of both dearness allowance and dearness relief would be of the order of Rs. 10879.60 crore per annum and Rs. 7253.10 crore in the financial year 2013-14 ( i.e. for a period of 8 month from July, 2013 to February 2014).

Posted by NFPE BARASAT at 21:04 No comments:

The available members of the Confederation National Secretariat met at New Delhi on 19.9.2013 to review the preparation made for the strike Ballot campaign, which is, scheduled to be organised on 25th, 26th and 27th September, 2013.  The meeting took note of the fact that certain states and some organisations have not yet initiated steps to conduct the programme with full participation of the members.  It was also reported at the meeting that some of the affiliates have practical problem in adhering to the dates and the house was of the unanimous opinion that the date might be deferred.  Accordingly the dates for strike ballot have now been shifted to 11th, 12th and 13th November, 2013 (Monday, Tuesday and Wednesday) and the Confederation National Secretariat members will undertake intensive campaign programmes to mobilise the rank and file of the membership.  The names of Comrades who are deployed to various States are indicated in the list enclosed.  The State Secretaries and the affiliated organisations are requested to get in touch with the concerned Secretariat members to fix up the dates.  The National Secretariat will meet at Mumbai on 15th November, 2013 to review the strike ballot campaign programme and chalk out future course of action.

AUSTERITY DRIVE OF THE GOVERNMENT
BAN ON CREATION AND FILLING UP OF POSTS
CONDUCT MASS DEMONSTRATION ON 25.09.2013

The Government on recognition of the serious economic crisis that engulfed the Indian economy has decided to abide by the IMF prescription of imposing austerity measures.  They have now imposed a total ban on recruitment, Creation of Posts and abolition of the posts which lie vacant for more than a year and such other anti-people measures.  We should react to this wanton attack immediately and the Secretariat has decided to call uypon all the affiliates and State Committees to organise a massive demonstration on 25th September, 2013. At all work places and at all important centres.
With greetings,
Fraternally Yours,
(M. Krishnan)
Secretary General.
CONFEDERATION NATIONAL SECRETARIAT MEMBERS DEPLOYED FOR CAMPAIGN PROGRAMME

Posted by NFPE BARASAT at 20:56 No comments:

On call of Confederation of central Govt. Employees, Secret Strike Ballot will be obtained from all section of employees under Barasat Postal Division as per following schedules. 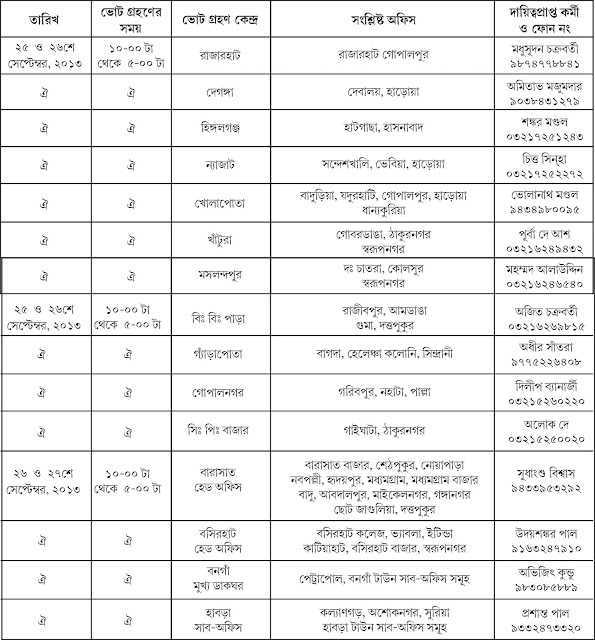 All the employees (Departmental/GDS/Part Time) of NFPE & FNPO union are requested to cast their own votes and insist others for casting their opinion secretly.

Posted by NFPE BARASAT at 23:16 No comments: