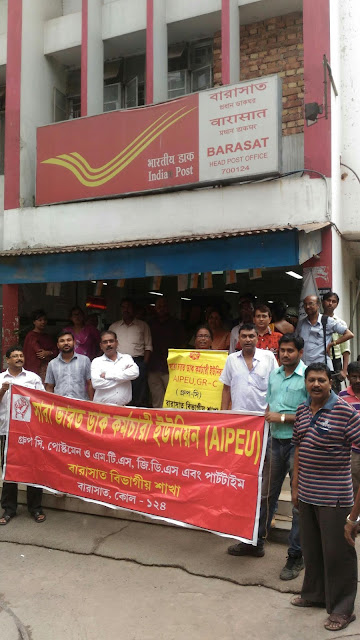 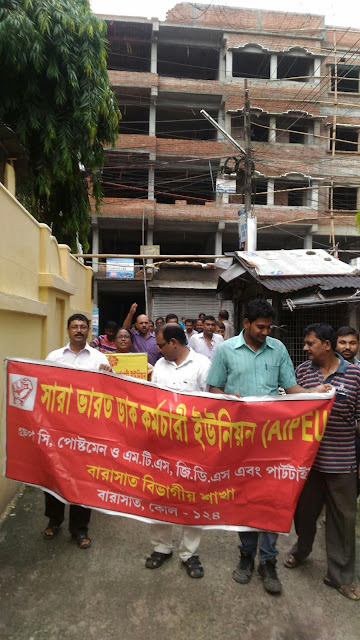 Posted by NFPE BARASAT at 17:25 No comments:

DATE OF EFFECT FROM 01.01.2016 AND RESTORATION OF RATE OF HRA DENIED.
HOLD NATIONWIDE PROTEST DEMONSTRATIONS IN FRONT OF ALL OFFICES .

NDA Government has once again betrayed the entire Central Government Employees. The demand of the employees to restore HRA to 30 , 20 and 10% is denied. Date of effect for allowances is fixed as 01.07.2017 denying 18 months arrears. The BJP led NDA Government deliberately delayed the decision on Allowances to deny the legitimate right of the employees. The assurance given by Cabinet Ministers regarding increase in Minimum Pay and Fitment Formula is also not honoured till date. NDA Government is the worst Government as far as employees and workers are concerned.
Confederation National Secretariat calls upon entire Central Govt Employees to hold demonstrations in front of all Central Government offices protesting against the anti-employees , anti-Workers stand of the NDA Government =
M.Krishnan
Secretary General
Confederation
Mob & WhatsApp:  09447068125
Email : mkrishnan6854@gmail.com

Posted by NFPE BARASAT at 11:43 No comments: 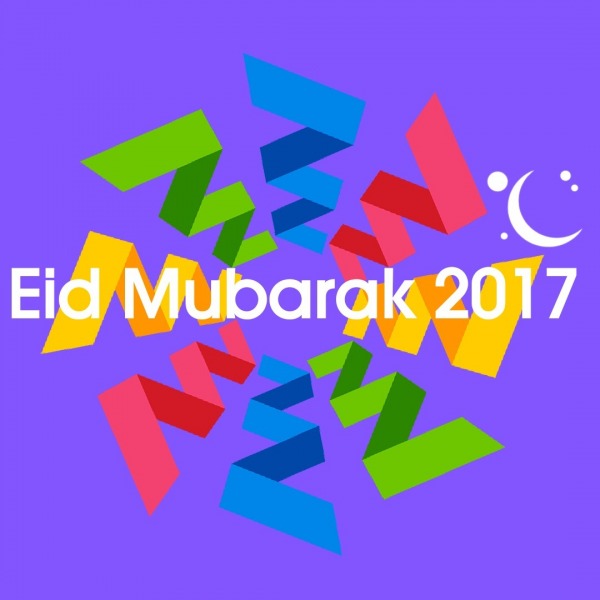 Posted by NFPE BARASAT at 23:50 No comments: 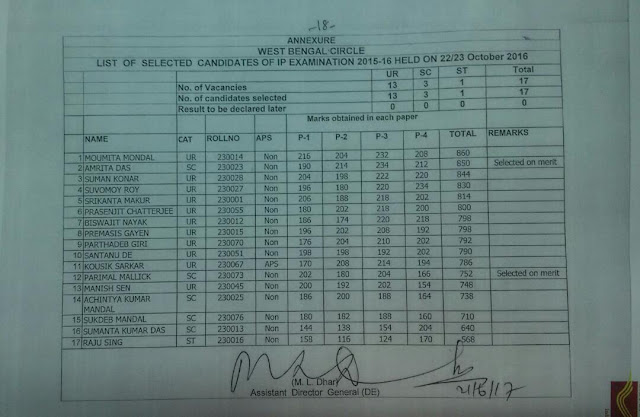 Posted by NFPE BARASAT at 16:29 No comments:

Demonstration held on 20.2.17 at Barasat Division called by NFPE, CHQ. demanding charter of demands of coming Postal Strike to be held on 23.8.17 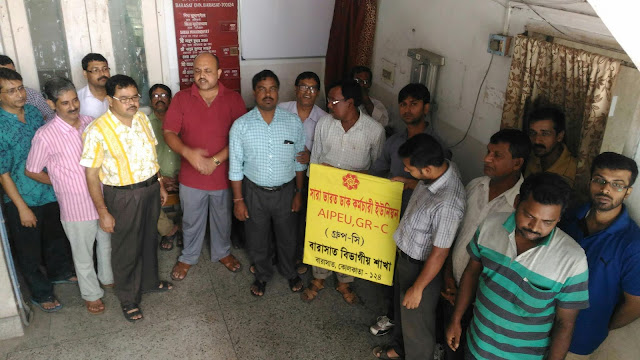 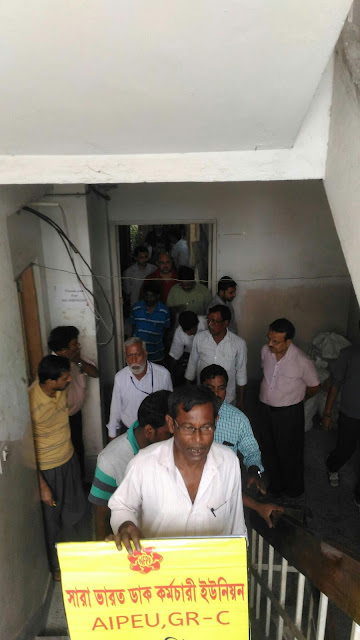 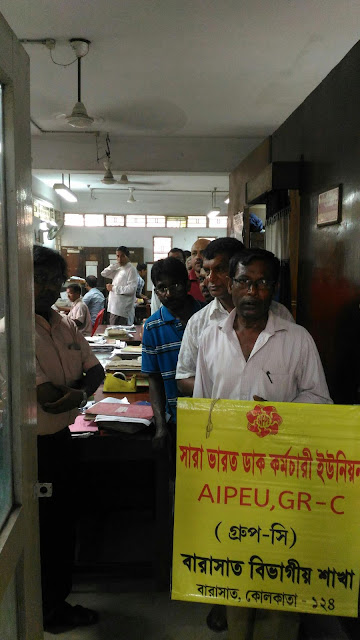 Posted by NFPE BARASAT at 15:40 No comments:

As you are aware that for the last two years so many burning issues related to Postal, RMS and GDS employees are lying unsettled at the level of Directorate. We have discussed these issues several times with Secretary, Post and other higher officers of the Department in formal and informal meetings, but we are highly regretted to inform that there is no improvement in any matter.

NFPE Federal Executive Meeting held on 12.05.2017 has reviewed the whole situation in detail and after threadbare discussion, the following agitational programme has been decided for the below mentioned 10 points charter of Demand.

1.      Filling up of all vacant posts in all cadres of Department of Posts i.e. PA, SA, Postmen, Mailguard, Mailmen, Drivers and Artisans in MMS,MTS, PACO, PASBCO, Postal Accounts and GDS.

4.      Stop all types of harassment and victimization in the name of new schemes and technology induction and under contributory negligence factor and Trade Union victimization.

5.      Payment of Revised wages and arrears to the casual, part-time, contingent employees and daily rated mazdoors as per 6th& 7thCPC and settle other issues of casual labourers.

8.      Provision of CGHS facilities to Postal Pensioners also as recommended by 7thCPC.

Posted by NFPE BARASAT at 18:03 No comments: 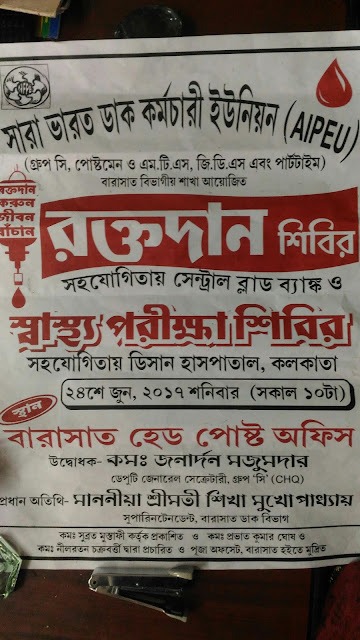 Posted by NFPE BARASAT at 15:00 No comments:

Salient features of the revised scheme :

Previous point system has been dispensed with & new scheme extended to missing GDS cases also.The scheme will come into effect from the date of issue of this letter. Applicable to pending cases also.Already settled cases will not be reopened.Scheme will not be applicable for GDS working on ad hoc / provisional basis / substitute / trainee"Dependent family member" categorized in to 7Head of the Circle will be the competent authorityApplicant should be eligible & suitable - as per the conditions prescribed for normal regular selection.Scheme will not be applicable for Notified / referred to Employment Exchange / identified for surplus / redeployment casesAge : lower age limit - 18 years and above & upper age limit relaxation vested with the powers of HoC.No relaxation in the educational qualification prescribed.No time limit for application but within a reasonable time - cases will be considered and decided with in three months.Missing GDS cases : at least two years time from the date of missing. In case of missing the compassionate engagement is not be a matter of right.Prescribed pro forma may be used for applicationSpeaking order would be issued by HoC on rejected cases.Undertaking in writing should be given by the selected candidate regarding the proper maintenance of the dependents.The power of termination of engagement on compassionate grounds are vested with HoC after selection.